Unfortunately, not having slept as well as I had hoped, I actually discovered that I was sick with a bit of an intense cold and our time was all wonky, I still woke up to a beautiful morning in Mestre.  We were staying just outside the main city of Venice and it was wonderfully quiet.  The early morning birds had soothed me awake and the crisp, cool breeze coming in through the window was intoxicating.  The air was ripe with anticipation for me.  Vince and I spoke later about how the birds reminded us of the birds that wake you up in Hawaii.  Unless you’ve been awakened in this way, there’s nothing that can really describe it.  In no way do I mean an angry bluejay outside your window or the cock-a-doodle-doo of a too-early-in-morning rooster.  This is soothing.  We had a slow morning as we willed our weary bones out of bed and began our day. 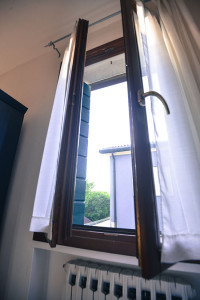 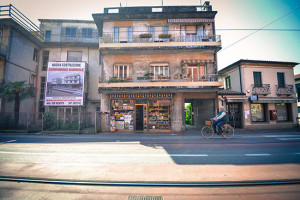 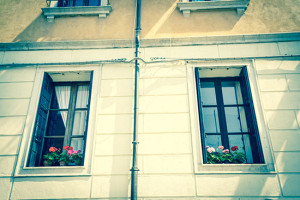 We checked out of our first beautiful place and hauled all our luggage (this time we decided to consolidate) back to the Venice train station where we waited for an hour to leave it at the baggage drop while we putzed around Venice until we had to leave on our next train to Florence late that afternoon.  We finally made it out of the train station and were back on our way.  We didn’t really have big plans for our day other than to take it all in and try to find our way to the Peggy Guggenheim museum located somewhere in the depths of Venice.  We were also determined to make sure we didn’t waste any of our appetites on bad Italian food.  Yes, it’s out there.  Per our research and all the advice we had been given we had a few rules when it came to food, we wanted the real deal after all, the menu could never include pictures, English or things that weren’t really Italian like spaghetti and meatballs or fettucine alfredo.  Believe it or not, there were times when these rules were hard to get around.  There were many times when we weren’t sure what we were ordering, but we both knew that trippa was tripe in Italian and knew we never wanted to order that.  Other than that, who cares?  Oh, and if you’re taking notes, always order the house wine, it’s always fabulous!  And cheap! 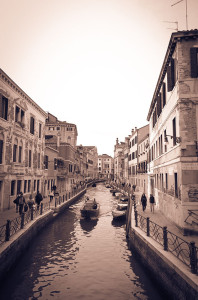 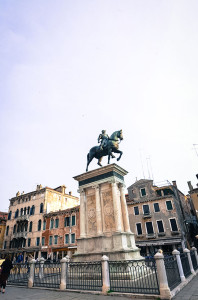 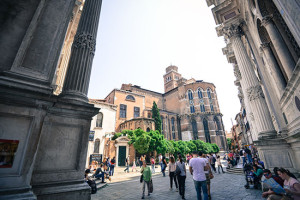 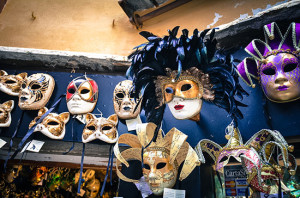 At the last minute we finally did make our way to the Guggenheim museum and were able to see some amazing works of art by people we would not normally get to view.  It was really great and Vince got a few chances to see Kandinsky his favorite painter and I Chagall, mine.  It was pretty crazy inside the museum and we had wished that we had a better chance to enjoy things, but unfortunately we had picked to go on the day that kids got in for free and kids are not always so excited to stand and ponder Chagall and Kandinsky as we are. 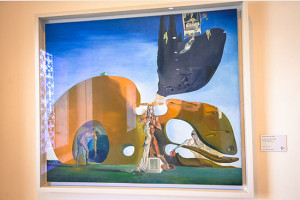 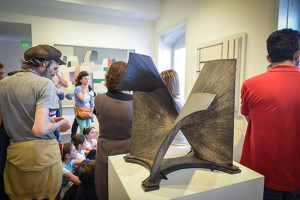 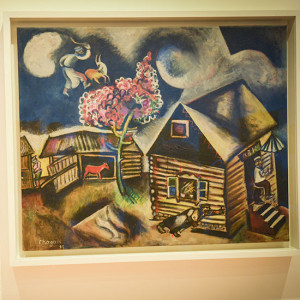 After much walking and many wrong turns we finally made our way back to the train station and boarded the train to Florence.  And so begins one of the favorite parts of our trip.

We arrived into Florence, this time armed with much better directions, and took a quick walk to our next Airbnb destination, the home of Marco and Cristiana. 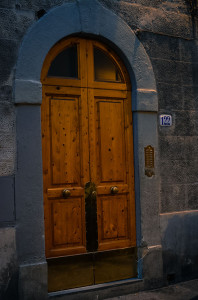 Each Airbnb is completely different as you are staying in people’s homes, sometimes with them and sometimes without them.  Lucky for Vince and I, this particular place included Marco and Cristiana.  We were warmly welcomed when we arrived to the cutest little artsy home.  I look back at this home and inhabitants with great fondness.  Cristiana spoke wonderful English and Marco really did a great job of trying to follow along.  They immediately made us feel right at home and promptly sat down with us to show us all the places they recommended visiting on a map, as well as the places that we were planning on going to.  Fabulous!  I don’t think you could have a better introduction to any city.  One of the best pieces of advice we had the whole trip was from Cristiana when she recommended that we not spend all our time in Florence, or Italy for that matter, stuck in museums and churches.  She very wisely suggested that we take the time to experience Florence the city for the beautiful museum and artwork that it was.  Cristiana, thank you!  Armed with that advice we set out that night for dinner to one of the places they had recommended for fantastic pizza, Divina Pizza.  Divina it was.  As was the city.  Here is a little photo tour of what we discovered that night. 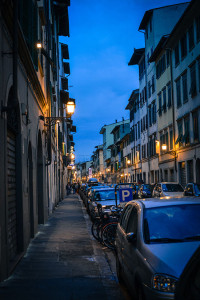 And then we fell in love with Florence.